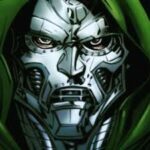 Does the Parry talent increase the passive Defense for a player using Dodge in place of Fight due to having the Elusive talent?

The character adds +1 to passive Fight for Defense.

The character may defend against melee attacks using Dodge instead of Fight including using Dodge as their Defense.

Fair question, but no. Parry adds to the character's passive Fight. When the character uses Elusive, they use their passive Dodge for Defense. Defense using Dodge is improved by the Evasion talent. If the referee were to allow it, I would not, then they absolutely should not allow the stacking of Parry and Evasion. Based upon the playtest, Defense and armor bonus are crafted on a short scale to prevent characters and/or their opponents from becoming too difficult to hit or damage which becomes very frustrating.